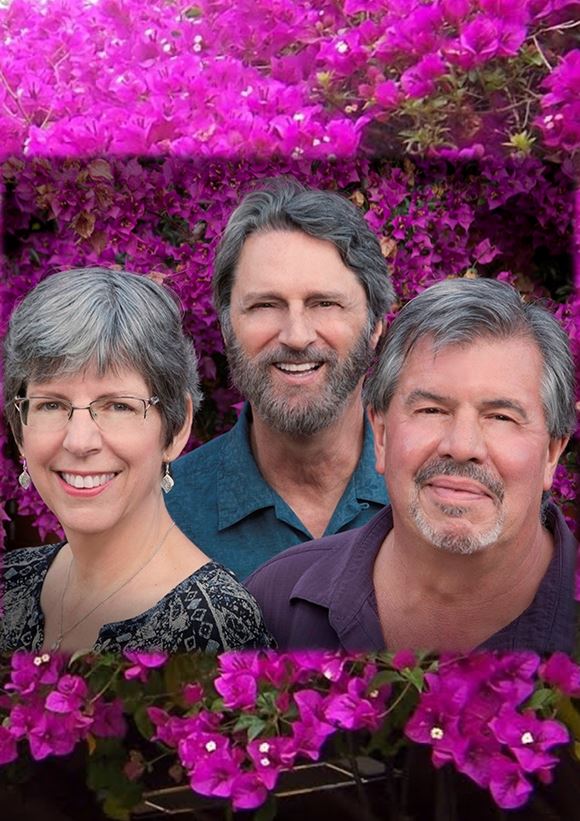 Peggy and Folk Heritage go way back. We’re happy to see her long-time collaboration with David Beldock expanded to include Paul Beach on bass.

Peggy Watson is a unique musician. She is recognized as one of San Diego’s leading acoustic singer/songwriters but has been embraced by the jazz and pop world as well. With a wide vocal range, her smooth, emotional voice effortlessly moves between contemporary folk stylings, smokey jazz, or powerful pop ballads. She is a fine songwriter/guitarist who moves her audience from tears to laughter with her relevant and touching songs.

Peggy Watson has regularly performed and recorded with award-winning songwriter and guitarist, David Beldock. They released a duo CD, “Just Like You and Me,” featuring songs by both artists. Peggy and David have shared bills with national acts and many of San Diego’s best such as Joe Rathburn, Jeff Berkley, Lisa Sanders, Robin Adler, Dave Blackburn, Cici Porter, Deborah Liv Johnson, Peter Bolland, John Katchur, Gregory Page, and many more. Several of Peggy’s albums feature pianist Barnaby Finch (keyboardist for Lee Ritenour and former musical director for George Benson.) Her independent release, “A Thousand Wishes,” was one of two CDs selected to be part of KPBS Radio’s premium membership package. Songs from all of her CDs have been featured on public radio and college stations across the country.

While Peggy has performed in a wide variety of venues, including major clubs, coffeehouses, house concerts, and industry showcases, she has also used her talents to support many community, nationwide, and international efforts. Her concerts have helped raise thousands of dollars for AIDS organizations, environmental issues, medical aid projects, women’s health, and education fundraisers. Peggy Watson is a versatile, accessible performer who works hard at her craft. San Diego’s Beach News has described Watson as “an on and off-stage gem; her friendly demeanor, intelligent lyrics, and wide vocal range and expressive style, have won her a strong following among local folk and jazz fans.”

Despite his avoidance of the spotlight, David Beldock is a musical force in his own right, and provides harmonic and melodic support for Peggy’s voice, as well as equal contribution in the songwriting department. Paul Beach earned his spot in the group through playing with uncountable acts over the years.