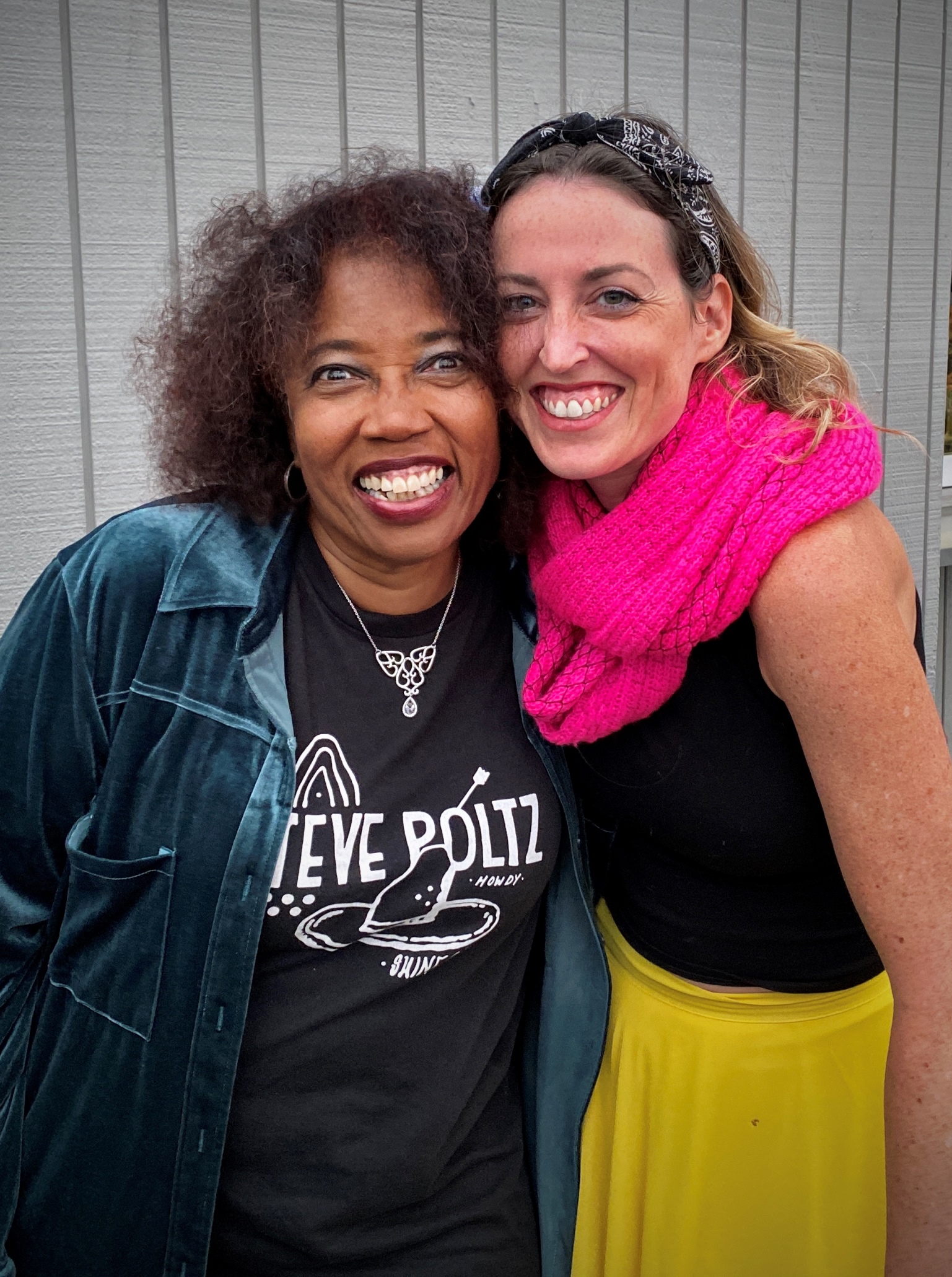 Lisa has been on our stage more times than we can count, and just keeps getting better. Ashley has played for us both in her duo Witherward and the Simon and Garfunkel tribute Scarborough. We get to see them before they head off together on their 2022 European tour. Adding icing to this double-layer cake, rumor has it Lisa will be performing with Brown Sugar, and Ashley with violinist Stephanie Groot.

Lisa Sanders is an electrifying harmonizer. Her heartfelt songs are genuine with deep meaning and conviction. A musical style that can only be described as a soulful country blues, her genres include folk pop, gospel, rock and jazz. Writing, singing and producing from her heart in nearly every genre for over three decades, Sanders continues to make an impact in the musical world.

Born in Philadelphia, Pennsylvania, she began singing with her older brother Ty at an early age. The family relocated to Argentia Newfoundland, Canada where her parents encouraged music daily. Artists from Motown Records, Johnny Cash and others with a mixture of rock and classical music were key influencers in Sanders’ upbringing. Upon moving to Southern California, she signed to Cargo Earth Records and released her first album Isn’t Life Fine. After her second album Life Takes You Flying was released in 1999, Sanders went on to establish her own label Maya Jade Records in 2004. She has since released five albums from her own label.

Lisa Sanders and Karen “Brown Sugar” Hayes are a pair of electrifying, bodacious, harmonizing singers of genuine heartfelt songs. This country-bluesy duo have been performing their unique style of music for over ten years to enthusiastic fans across America. Karen has been singing since high school. When Lisa noticed that Karen knew all of her songs and had an amazing sense of harmony, Lisa asked Karen to join her band. They have since become a musical powerhouse. With harmonizing skills that have garnered the duo many accolades and opening spots with artist such as Bonnie Raitt, Lucinda Williams, BB King, Al Green and many more.

Ashley E. Norton is the co-founder of international touring duo/trio Whitherward (featuring Edward A. Williams and Stephanie Groot) and solo artist. Beginning her long career in the Arizona music scene with her folk-rock band Delcoa, Ashley moved to Nashville in 2010 to pursue her love for Country music. There she hosted many successful songwriter nights, wrote hundreds of songs and worked with some of Nashville’s finest musicians and producers, including Johnny Garcia, lead guitar player for Garth Brooks and Trisha Yearwood. Tired of working within the confines of the music industry, she left for a turn in the world of Americana and became a huge champion for independent music.

From 2014 until she recently put down roots in Ramona, Ashley toured the world non-stop, independently booking four successful European tours, multiple large notable music festivals and countless cross country tours. She has received endorsements with large companies such as Subaru Europe, Martin Guitars, Avian Guitars and Electro-Voice. Ashley has over a dozen studio releases, multiple official music videos, and moonlights as a co-host of the podcast, Crimes Against Folk. She now has two releases on the way, one an electronic project with Brazilian producer Eve Sebben and the other a self-produced folk EP under the name Lady Psychiatrist’s Booth, featuring Stephanie Groot from Whitherward and Laura Hall, music director of “Whose Line Is It Anyway.”