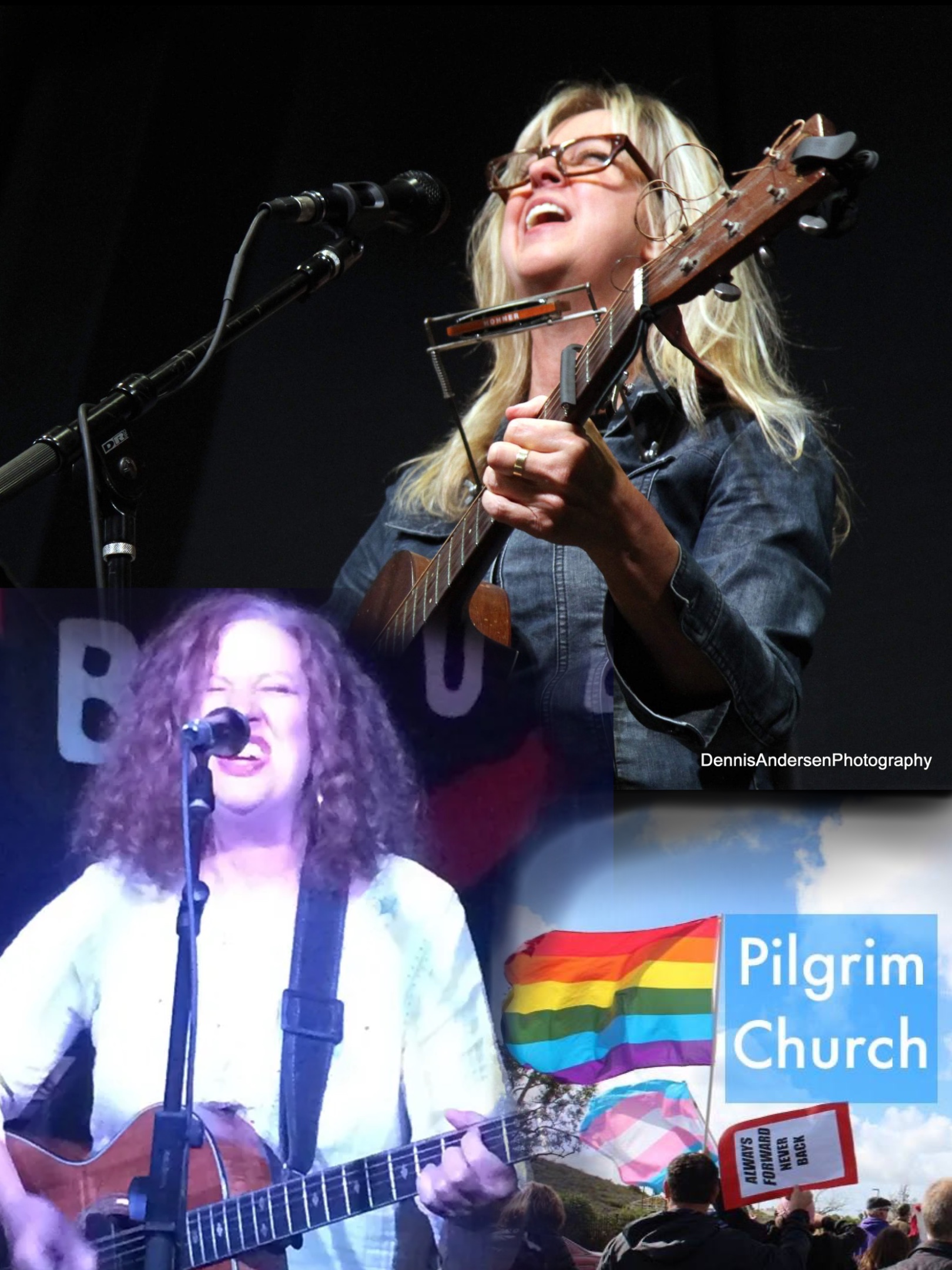 Cindy Lee Berryhill is a California singer, songwriter and co-founder of the New York Antifolk movement. She has released seven albums since her debut on Rhino Records in 1987. Her most recent The Adventurist was released on Omnivore in 2017. Van Dyke Parks says “Cindy Lee’s capacity as a lyricist is unique, her insights and raw ability to articulate the human dilemma, is peerless. She deserves a berth in any Hall of Fame, for the humanities she brings to the usual vanities of songwriting.”

Kimm Rogers is an expert at wordplay and her lyrics often contain meaningful twists and double entendres that aren’t apparent at first listen. Whether it’s a ballad, a love song or rocking on the edge, finding a soft spot in a hard world is what singer/songwriter Kimm does best. From her Island debut, Soundtrack of My Life to the follow up, Two Sides and her independent release, Where The Pavement Grows, her lyrics go for the emotional jugular and the music follows. Alex Green says “.”

Pilgrim Church in Carlsbad is an open and affirming community within the United Church of Christ with a progressive theology, a commitment to spiritual growth and passion for social justice.  They’ve been our partner in hosting Folk Heritage concerts in their beautiful Sanctuary since 2016. All ticket sales for this event will go toward supporting their mission.