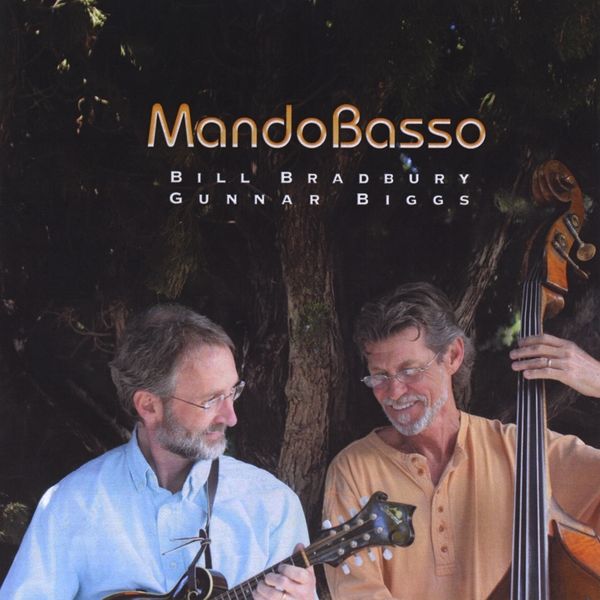 MandoBasso is a duo featuring Gunnar Biggs on bass and Bill Bradbury on mandolin. Their original music is influenced by traditional American and Celtic music, classical music and jazz. For this evening’s concert they will “lean into” the Celtic origins of their own music as well as share some traditional Irish and Scottish music played in a new light. Gunnar and Bill came together as colleagues working on projects at Palomar College and Cal State San Marcos. Gunnar comes from a strong background in jazz and classical performance, Bill from a composition and computer music background. Their mutual love of Irish and traditional American music brought them together in this unusual pairing of mandolin and bass. MandoBasso performances include mainly new compositions, along with arrangements of traditional music, classical music, jazz and ragtime.

Gunnar Biggs is a Southern California bassist/music educator. He is active in many genres of musical performance including jazz, Latin, classical, world, and experimental. Recently retired from San Diego State University after twenty-five years as Instructor of Double Bass and as Director of Jazz Ensembles at Palomar Community College, Gunnar continues to maintain a thriving private teaching practice.

“Double bassist Gunnar Biggs has been a touchstone in the San Diego jazz scene for over thirty years. His tone is big and solid and his time-keeping is exceptional. On top of all that, Biggs is a superb soloist: each time he gets in the spotlight – his message is riveting” – All About Jazz

Bill Bradbury is Emeritus Professor of Music and Music Technology in the Music Department at California State University, San Marcos. His creative activities include compositions for orchestra, chamber ensembles, soloists, and electronic media and computer-based multimedia collaborations with other artists. Bradbury has also written musical scores for a number of theatre productions and several films including Anza Borrego: Seasons in the Desert, for which he received an Emmy Award for composing and arranging.