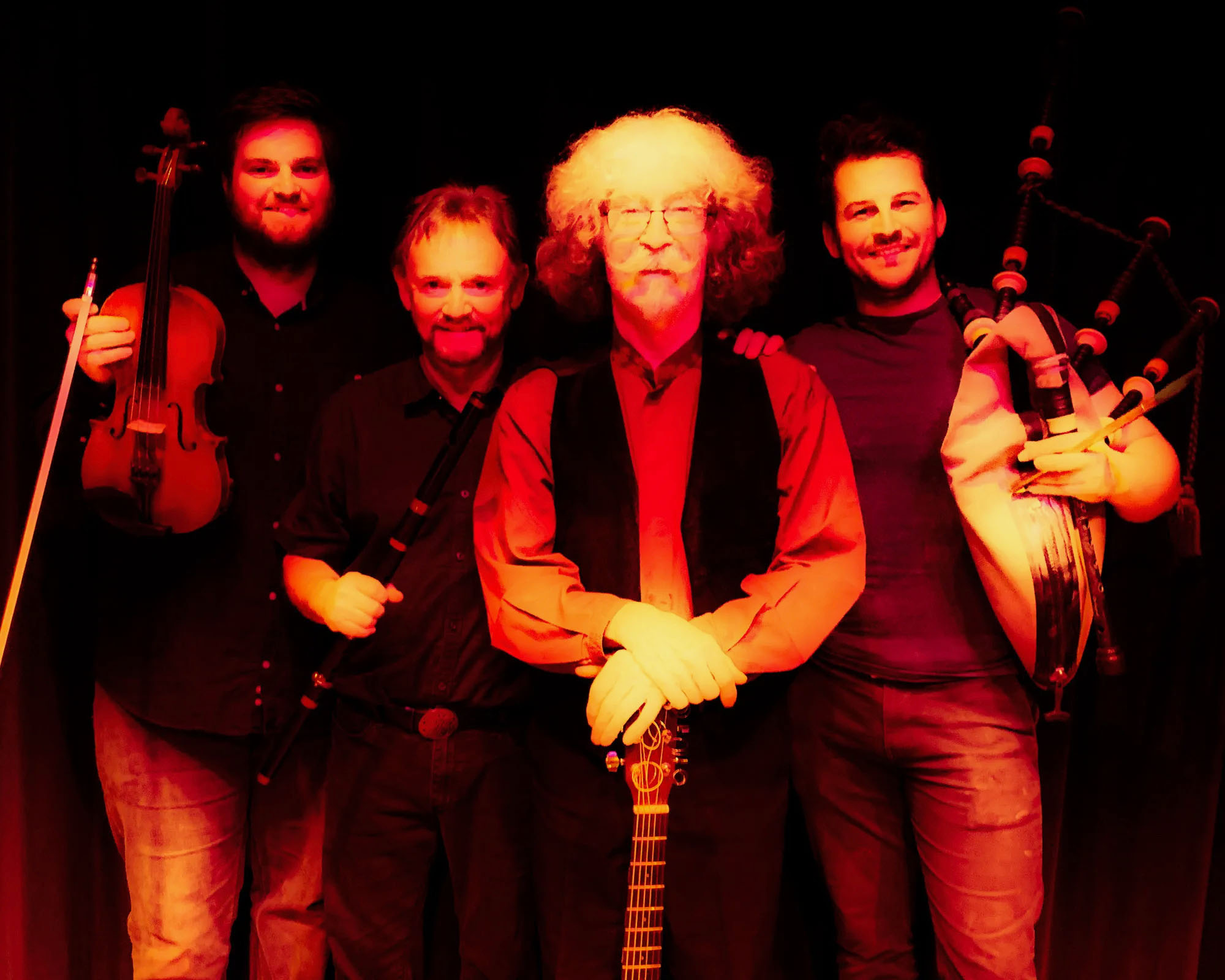 Born of a session in Paisley, Scotland, and named for the town’s historic weaving industry and local poet laureate Robert Tannahill, the Tannahill Weavers have made an international name for their special brand of Celtic music, blending the beauty of traditional melodies with the power of modern rhythms. As one of the world’s premier traditional Celtic bands, their diverse repertoire spans the centuries with fire-driven instrumentals, topical songs, original ballads and lullabies, and humorous tales of life in Scotland.

They were joined in 2021 by exciting piper and fiddle player Iain MacGillivray, who is also Scotland’s youngest Clan leader. Iain, a fluent Gaelic speaker, has worked on such exciting productions as Outlander and Men in Kilts, and has performed for a huge list of stars and dignitaries in recent years. As the band celebrated the nomination of their 18th recording, Òrach (“Golden” in Gaelic) as album of the year, and themselves as band of the year, they are firmly established as one of the premier groups on the concert stage. From reflective ballads to footstomping reels and jigs, the variety and range of the material they perform is matched only by their enthusiasm and lively Celtic spirits.